COOK ALONG LIVE WITH ME! BOOK NOW! 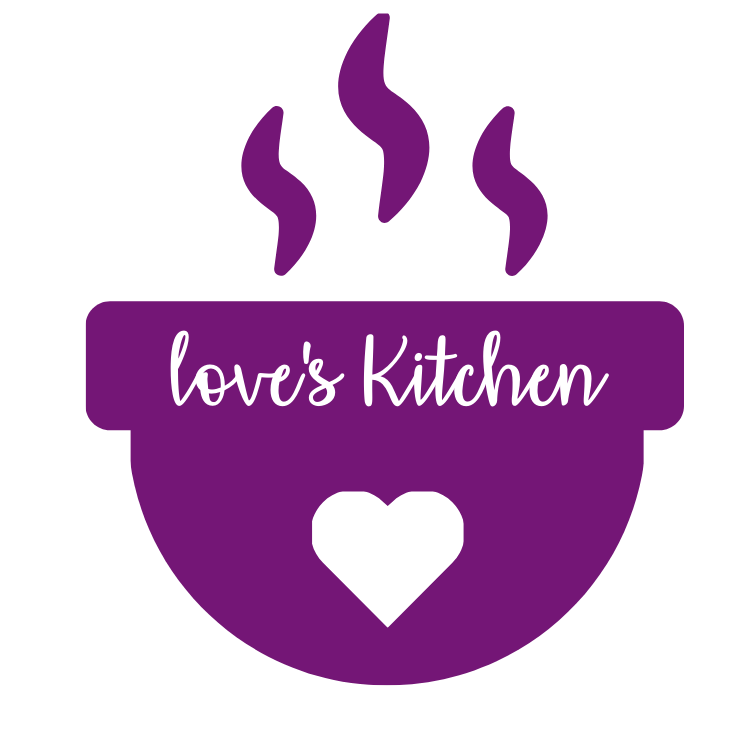 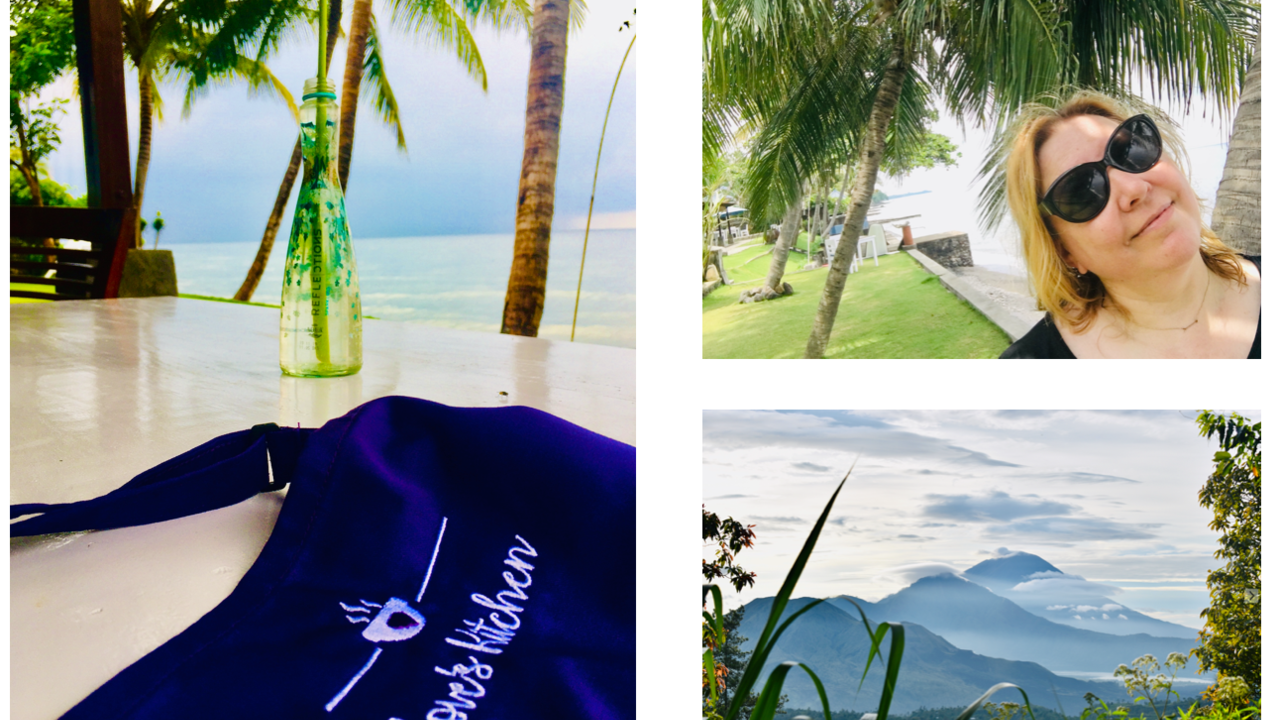 When I was invited on a trip to Bali, I was beyond excited. I've never travelled to that part of the world before, the furthest I've been is Morocco or America.
The trip was a short one, just a few days - a long way to go for a few days some people said to me... well I didn't care, it was an opportunity I couldn't pass up, particularly as I was travelling with someone who knew the area well and had arranged for me to cook with some locals. 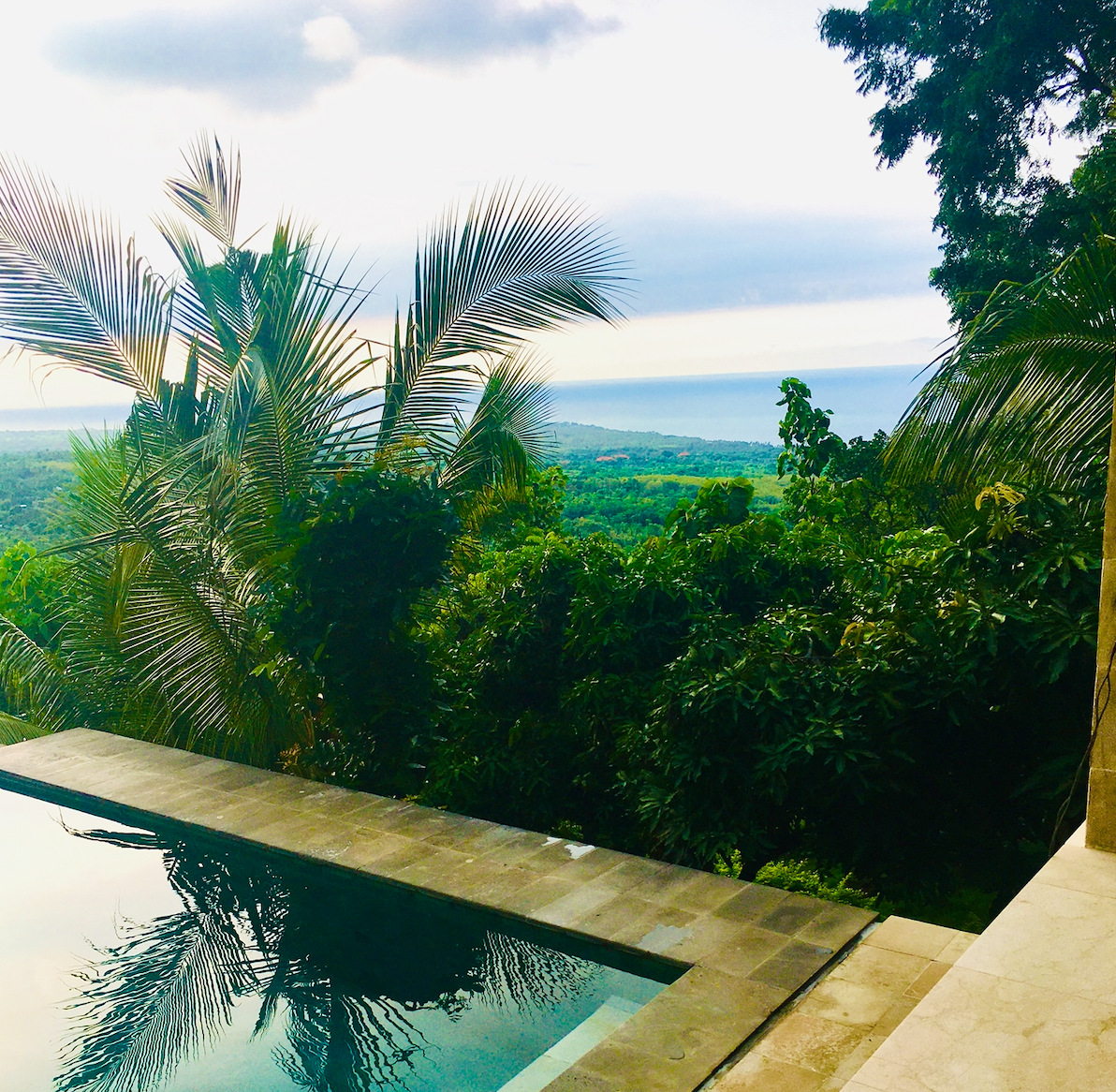 Bali was everything I had expected, beautiful, tropical and very friendly. I had so many 'pinch me' moments I lost count!
When I woke that first morning, it was 6am, I went outside and was greeted by so many palm trees, blue sky and the ocean... it had been dark when I arrived so I hadn't seen any of this... my villa was right on the beach! I went for a swim before enjoying a local breakfast of fresh fruit, a watermelon juice, strong black coffee and traditional nasi goreng (fried rice with vegetables) topped with a fried egg.   At the time it felt like the best meal I had ever had, it might have been the ocean breeze, the shhshing sound of the palm trees or that sweet smell I couldn't quite place... I was in BALI!  And I couldn't believe it. 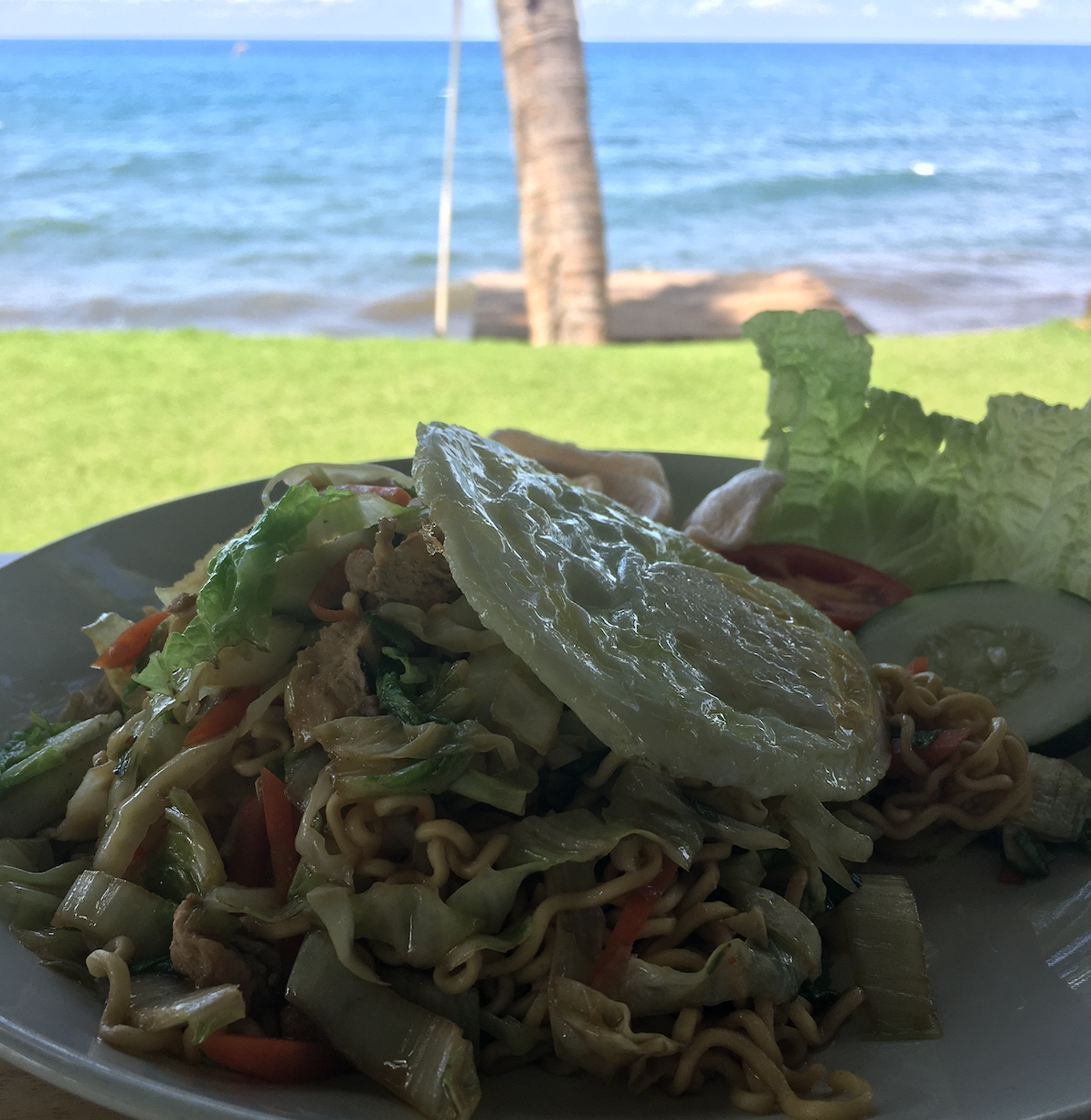 That first morning we went to a place just down the road from where we were staying in North Bali, it was a sea salt operation on the beachfront. It's simplicity was refreshing (I was expecting a production line and a gift shop...) the salt beds (see picture below) were lying in the sun drying out and I got to taste some salt that was ready for eating, I was told that the sea water in Bali was higher in salt than anywhere else, which is why their fresh fish tastes so good. The salt looked like normal sea salt but tasted kind of creamy. 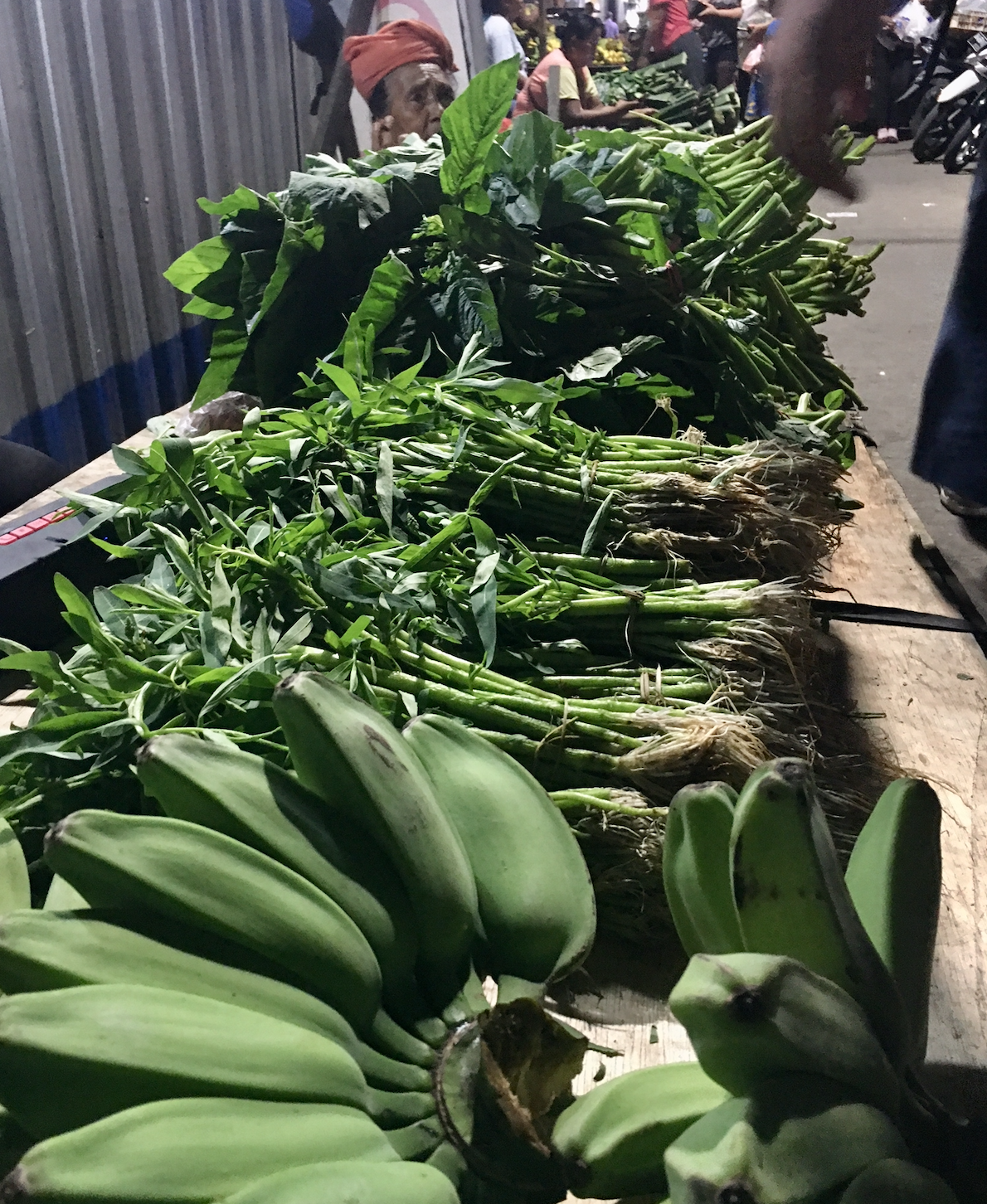 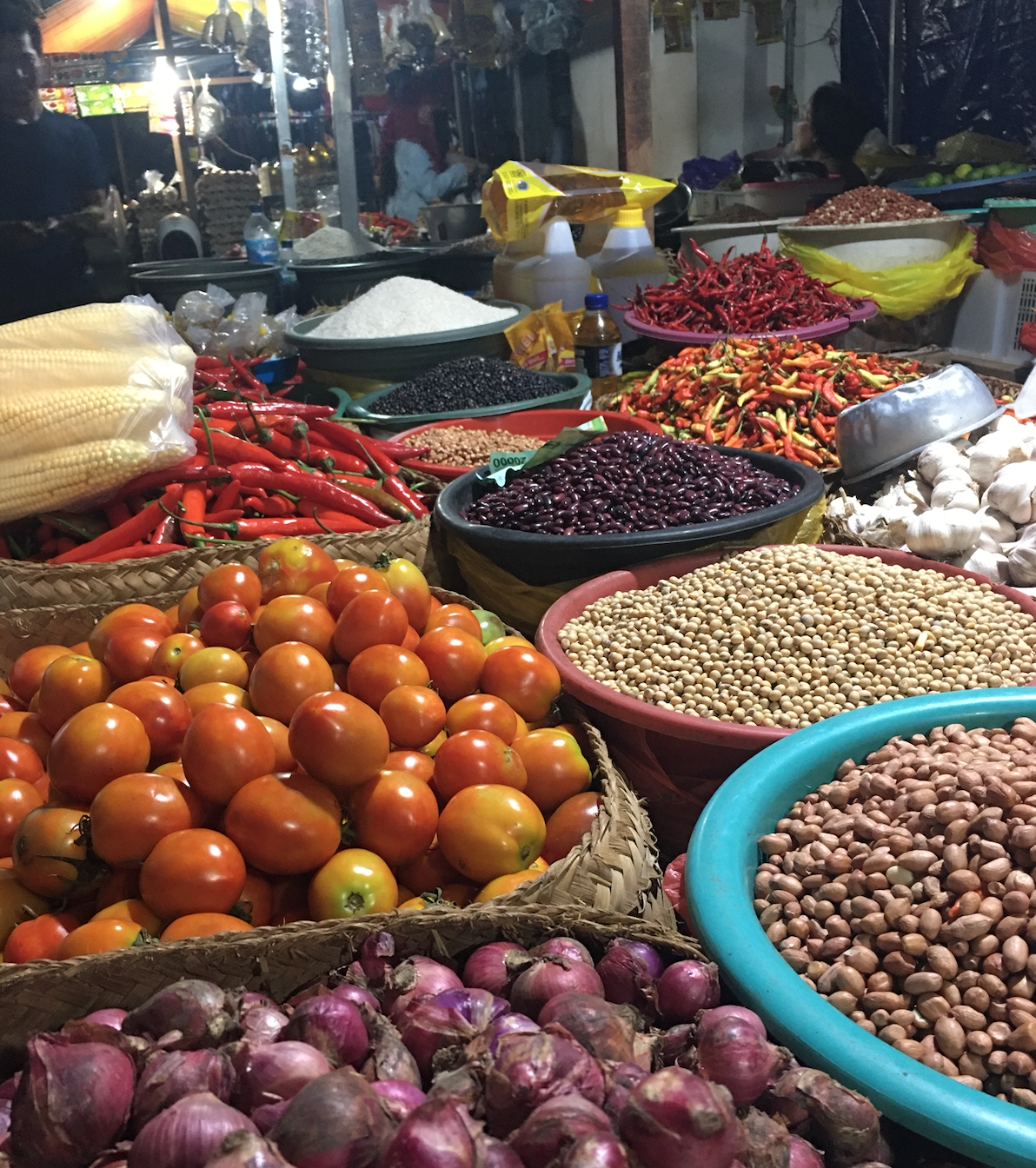 The Night Market
One of my highlights was the trip to the night market to buy ingredients for our cooking session. The market was a feast for the senses, the smells, sounds and colours were
intoxicating. Fresh jackfruit, long beans, dragon fruit for miles... everything was mesmerising! I was like a kid in a sweet shop. Thankfully we had a guide who kept on giving me foods to try... 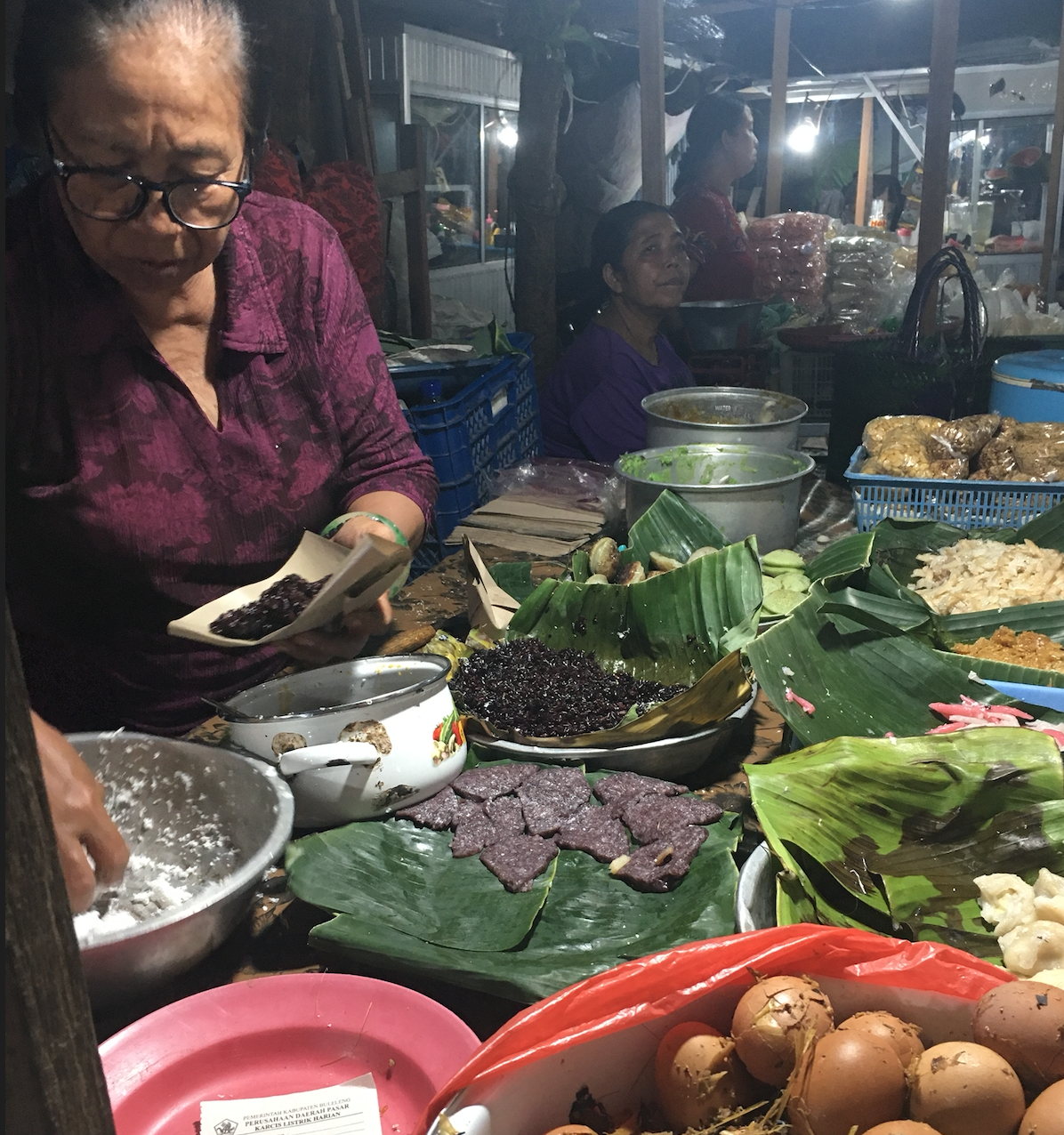 Cooking in the open air next to the beach with a whole group of locals was a dream come true for me, it was one of the best experiences I have ever had.
It didn't matter that we didn't speak the same language, the women teaching me their recipes were so kind, helpful and fun, we knew it was all about the food.   The ingredients we used were all fresh from the market or freshly caught Tuna from the sea that morning.  Most of the ingredients were familiar to me, however there was a sour fruit called a 'belimbing' looked like a baby cucumber but tasted like sour citrus... we made fish soup with these and I think it's one of the few ingredients that I wont be able to get here in the UK as I was told they don't export them at all.
We used a beautiful Indonesian pestle and mortar to make the paste with familar ingredients like garlic, shallot, ginger, turmeric, chilli, lemongrass... candlenuts were used in several of the recipes, again, hard to get in the UK but can be replaced with macadamia nuts as they are similar in texture and flavour.  The ingredient that blew my mind the most was the fresh coconut flesh, literally picked and used from the trees right next to where we were cooking! so fragrant and fresh...
The dishes we made included:
#bali #balilife #balidaily #balibible #balinese #baliisland #baliholiday #baliretreat #balitrip #balifood #BaliBeach #baligasm #baliadvisor #balifoodies #baliculinary #baliindonesia #balilove #balivilla #ubud #northbali #denpasar #food #cooking #cookery #cookeryretreat #cookeryschool #nasigoreng #belimping #loveskitchenuk #epsom #london #cookerylesson
SUBSCRIBE 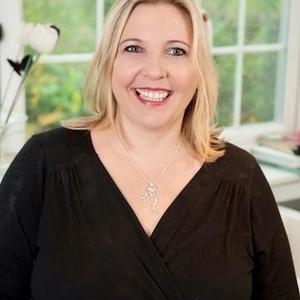 Love's Kitchen combines my experience as a Personal Development Coach and Trainer with my passion for healthy delicious food. I launched Love's Kitchen in 2018 and began working with private clients and doing sell-out cookery workshops. I am now excited to launch the addition of a new 8 week group program the REAL FOOD RESET for others wanting to improve their health by moving towards a whole-foods lifestyle. As a foodie I'm not prepared to compromise on flavour. Which is why it's my mission to MAKE HEALTHY DELICIOUS!